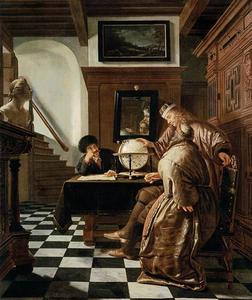 In this presentation, we will discuss the gradual melding of astrology and tarot, which reached its fullest expression as a practical system in the Golden Dawn Tradition. We will begin by providing historical context, discuss their synthesis and systemization in the Golden Dawn and, finally, we will analyze practical examples of how astrology and tarot may be synthesized in such a way as to mutually elucidate and compliment the findings of each art singularly.

Jaime Paul Lamb is the author of Myth, Magick & Masonry: Occult Perspectives in Freemasonry (The Laudable Pursuit, 2018), Approaching the Middle Chamber: The Seven Liberal Arts in Freemasonry and the Western Esoteric Tradition (The Laudable Pursuit, 2020) and The Archetypal Temple and Other Writings on Masonic Esotericism (Tria Prima Press, 2021). He is a member of Lapis Lazuli Oasis OTO, Phoenix, AZ. 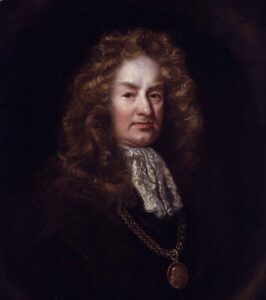 St. Elias Ashmole (1617 – 1692) bridged the divide between the Elizabethan Rosicrucianism of John Dee and Robert Fludd and the Masonic Illuminism of the Restoration. Ashmole lived many lives – as an astrologer and an alchemist, as a soldier and a lawyer, and as a Freemason and a scientist at the dawn of the Enlightenment. We will explore all of these facets of this man whose personal collection formed the basis of the famed Ashmolean Library and preserved the Enochian writings of Dee and Kelly. John Aubrey called Ashmore “A mighty good man.”

Presenter David Blakeley currently serves in the O.T.O. as Most Wise Sovereign of Baphomet Chapter, R+C in Austin, TX and on the editorial board of The Pelican. He is a Past Master of Bubastis Oasis in Dallas, TX, an ordained Priest of the E.G.C. since 2000, and a chartered Initiator since 2005. He practices health care law and lives in Dallas with his wife, Stacie and their cats, Chattels and Belvedere.

The Sigillum Dei, by Colin Campbell
One of the most intriguing figures in all of Western magical practice, the Sigillum Dei as detailed in the diaries of John Dee is an exceptionally intricate wheel of unintelligible names – or so it would seem. This presentation breaks down this fascinating symbol into its core components, all of which will be very familiar to the student of the occult. Deciphering its many strata of angels, archangels, and divine names, we will collectively unfold hidden within the Sigillum Dei a complete system of planetary magic in its own right!

This presentation is based on research used in The Magic Seal of Dr. John Dee: The Sigillum Dei Aemeth by Colin Campbell, published by Teitan Press.

Colin has been a member of OTO since early 2001, founder and past master of Abrahadabra Oasis after serving for ten years. He has written several books on topics that span his interests from the early Renaissance grimoire period through to modernity, including The Offices of Spirits, Of the Arte Goetia, The Sigillum Dei: Aemeth, The Concordance to the Holy Books of Thelema, and Thelema: The Life, Work, and Philosophy of Aleister Crowley. He has studied Western esotericism for over thirty years, is a collector of Crowley’s works, and frequently presents at NOTOCON, the bi-annual USGL conference.

Join us as Christeos Pir presents his lecture “Orishas on the Tree of Life”. African-inspired religions have found expression in a startling number of ways in the Americas. From the slave trade-driven Diaspora of the sixteenth through nineteenth centuries, the migration of African peoples and culture during and since that period, and the revolutionizing of communication in the contemporary era, African forms of spirituality have intermingled with, and sometimes co-opted, Anglo-European and Native American religions in those areas of creolization where these disparate cultures met, struggled, and fused. Elements of African Diasporic religion are found in such varied expressions as Candomblé, Umbanda, Palo Mayombe, Obeah, Santería/Lucumí, Vodou, “Hoodoo,” and more. In the U. S., for example, a local derivation of Haitian Vodou known as New Orleans Voodoo has been dated to the late eighteenth century or earlier. And in Brazil, some half dozen or so partially-overlapping forms of Afro-Brazilian religion have evolved. Drawing upon primary and secondary sources in anthropology, popular culture, and religious studies, this workshop explores some of the new and eclectic practices on the fringes of Afro-Diasporic religious expression. Two case studies will be examined: the synthesis of tarot and Umbanda Orixá or spirits, and the blending of tarot and qabalah with New Orleans Voodoo.

Do what thou wilt shall be the whole of the Law.
This presentation can now be viewed here:

Please join us at 7pm Central time on Thursday, December 16th as the Education Committee of O.T.O. US Grand Lodge hosts Fr. Tlacatecólotl’s presentation on the magic of corn in mesoamerican tradition. This presentation will be free and open to the public, so please share this event far and wide!

Mesoamerica and its peoples have a particular vision of human life and well-being, which is reflected in the customs they call medicin and in their oracles, mainly corn reading. This oracle demonstrates the cultural, magical and esoteric value of corn. In this talk, we will estudy the basic technique of this oracle, an explanation of its structure, as well as some of the philosophical terms necessary to understand its mechanics, along with the history of the encounter of Europe and America and the resulting mestizaje, will be touched.

Join us on Monday November 29th at 7pm Central Time as Harper Feist presents her lecture on the history and development of Liber Samekh. This is a public presentation, so please feel free to share this invitation far and wide!

This presentation discusses the evolution of the late Classical exorcism known currently as the Headless Rite to Liber Samekh, a Thelemic ritual to facilitate achievement of Knowledge and Conversation of the Holy Guardian Angel. The talk will focus on the meaning and translational history of the Headless Rite and the fact that the original ritual is very similar to a neo-Platonic theurgic exercise. This current is especially palpable in Samekh, one of the most important of Crowley’s contributions to the Thelemic canon.

Join us on Wednesday, January 27th at 6pm Pacific Time as Sr. Harper Feist presents “The Body as a Scrying Sensor”, which she previously delivered in 2017 at NOTOCON XI in Orlando, FL.

“Scrying as an art and skill is necessary to successful conjuration work. Harper has a useful understanding of communion with the invisible world, and has developed a series of techniques that put her “in the zone” to be able to interact with the entities we call into our crystals. She’ll be discussing methods of moving out of the way, the cultivation of an internal emptiness, and the premise that the entire human body is a sensory device that the spirit world will use to commune with you.”

Harper Feist is driven to sense the invisible world. In her day job, she is a scientist making use of wavelengths of light unseen to the human eye to better understand the universe. In a similar vein, many of her esoteric efforts are focused on using somatic techniques to improve ritual and religious experiences. To the latter point, she has taught several workshops at national conferences and an online class focused on helping practitioners develop a scrying practice. She prides herself on the creation of a friendly and accessible approach to sensing to the invisible world. Her current research interests include Iamblican theurgy and the notion of ritual purity.

This presentation can be viewed on the O.T.O. U.S. Grand Lodge Youtube channel:

The “Book of the Dead” was for anyone – or at least anyone who could afford it. But there was another magical book reserved exclusively for Kings and High Priests: The Amduat, or “The Book of What Is in the Netherworld.” It describes the journey of the deceased through the underworld, identified not only with the god Osiris, but also with the passage of the Sun through the hours of the night to Dawn. Thus the dangers faced by the Sun during the night mirror the dangers faced by the dead king as he struggles against enemies to re-integrate himself on his way to rebirth. Just as the Sun ‘dies’ in the West and must make the perilous voyage through the Night Country to be reborn in the East, so too must the deceased pass through the Western Lands to the Netherworld, the Land of the Dead, and vanquish his foes with the help of his spiritual guardians. Only then can he find his way back into the world of light. This is the terrifying ordeal that we as Kings must undertake in order to find our own reintegration.

This workshop will use images, descriptions, and analyses of the original burial inscriptions to show how the traversing of this arduous passage gives us a 3000-year-old glimpse into how the sun’s journey through the dangers of the underworld, and those of the pharaoh who likewise seeks rebirth, can also offer us clues to our own spiritual renewal.

Christeos Pir (T אריה) is a Bishop of EGC and a Sovereign Grand Inspector General. He has been a member of O.T.O. since 04/04/93, and is Past Master of William Blake Oasis (now William Blake Lodge), past Secretary and Deputy Master of Scarlet Woman Lodge in Austin TX, and past Most Wise Sovereign of Baphomet Chapter Rose Croix. He is a professor (ret.) of the History of Globalization, and is the author of numerous essays on magical topics. He has led seminars and experimental study groups in various subjects at a number of O.T.O. bodies, at NOTOCON, at Ecumenicon/Sacred Space (a national pagan-oriented ecumenical conference), and at several Texas OTO Conventions (TOTOCONs).

We look forward to seeing you there!